Remember a few years ago, when cupcake shops were the hot new thing on every street corner? I mean, I'm not talking Dunkin' Donuts level market saturation, but in Boston it seemed like there were cupcake stores everywhere. My sister even worked in one for a while. There were also shows like Cupcake Wars on TV (maybe that's still on?). Even I got into it back when I was baking a lot, I remember making a few different kinds, German Chocolate being one of the best.

I'll admit, despite the fact that I like cupcakes, I never really understood cupcake mania. They were expensive, and 90% of the time they weren't much better than what you got from the grocery store. Personally, I love the grocery store cupcakes, the kind saturated in vegetable oil that stay moist forever, topped with a heaping mixture of sugar and vegetable oil called "frosting". They're delicious and if you eat more than one you feel sick, just like every other cupcake on Earth. So why spend more on special cupcakes? The novelty? It certainly wasn't because cupcakes are the best bakery dessert item in Boston. 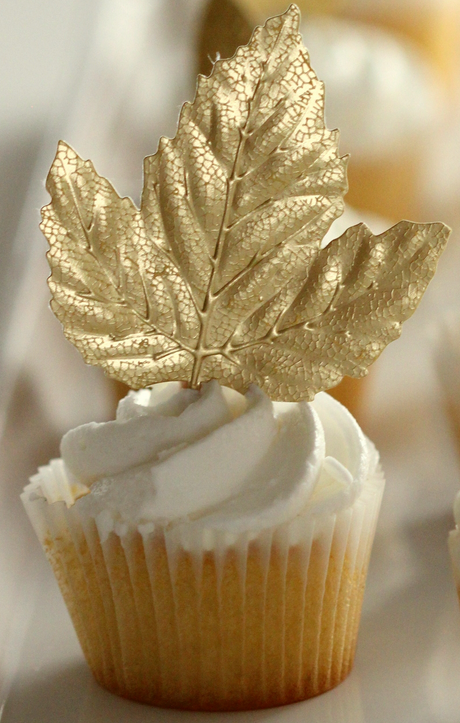 I'll be honest, I thought that frozen yogurt had come back from the late 80's/early 90's to regain it's place as the fad dessert food of our time. The fact that frozen yogurt has given up all pretense of being healthy in favor of being ice cream that now tastes only slightly worse has certainly helped it get back in the spotlight. But it's not really a great replacement for cupcakes, it's more of a complimentary food. I was trying to figure out what food is the successor to cupcakes, when I came upon this on my lunchtime run today: 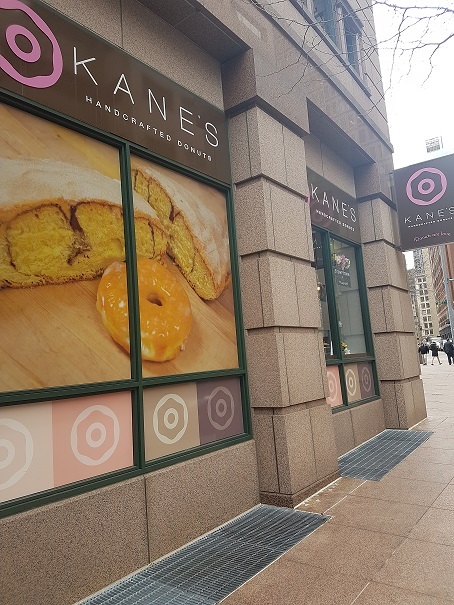 Donuts! Donuts are the new cupcakes! It all makes sense now! It's not just in Boston either. Sure, we have Union Square Donuts, and a bunch of other boutique donut shops, but I've had "gourmet" donuts in Lincoln, New York City, Chicago, and a bunch of other places. They're huge, they're expensive, they run out of flavors, you often have to wait in a stupid line. Donut shops are now cupcake shops.

Much like the cupcakes craze, donuts, to be frank, aren't really that exciting either. At their core, they're a small, portable fried cake covered in sugar. Hostess fruit pies are too, but you don't see everyone breaking down the door for those! Nevertheless, people are starting to get snooty about donuts now. "Oh, I don't eat Dunkin' Donuts donuts because (I prefer my cholesterol to be more expensive, thank you very much)". Dunkin' Donuts donuts are fine. I'll eat a chocolate glazed donut with milk any day of the week. They are cheap, and portable, and too many calories, that's what a donut is supposed to be. 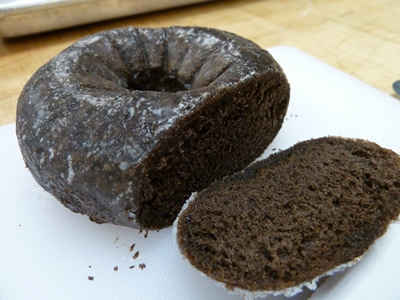 Look at the photo of "Kane's" donuts posted above. What the hell is that giant thing next to the donut? I guarantee you they also sell it as a "giant donut", or some BS. That is not a donut, it is a fried regular size cake, and it is probably garbage. Seriously. I have had way too many extra large donuts that are dry, and crappy on the inside. Part of what makes a donut good is that the stuff on the outside dominates the inside, OR that they're filled with creme/frosting/jelly/fruit. I'm not impressed by your large donuts. I'm also not impressed when you pour Fruity Pebbles on a donut, and insist that makes it worth 6 dollars. It tastes terrible, and I could do that myself at home, except I don't because I'm not an idiot.

Iceland, Where Apparently It's A Hurricane

I sit here, writing this, from the lounge of the Hilton Reykjavik Nordica, a pretty nice hotel in Iceland.…

Meet the New Site, Better than the Old Site

Better, eh? Hello, person! Head on over to me [http://deflumeri.com/me] if you don't know who I…