I sit here, writing this, from the lounge of the Hilton Reykjavik Nordica, a pretty nice hotel in Iceland. It's 6:53 AM local time, which I just learned is GMT, but it's really like 2:53 AM for us. Katie is crashing pretty hard, since she's not one to stay up past midnight, and I myself am pretty tired. Good thing we had Iceland Dunks to greet us in the airport. I even got a caffeinated coffee, because that was the only option. Iceland is too cool for decaf. 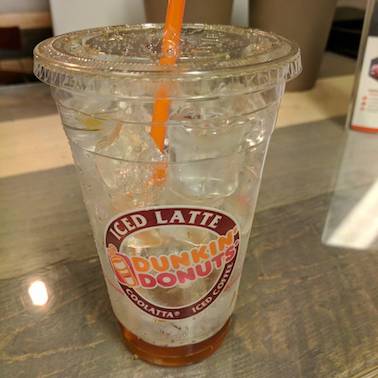 So pumped, let's stay at the airport

This is only the 3rd time I've ever traveled internationally, and the 2nd time as an adult, so it's still a weird new experience to me. Katie also pointed out that I've only ever traveled to islands (Bermuda, Aruba, and now Iceland). We flew WOW Air, the budget carrier, and it was fine, except for me being super cramped in a tiny seat. I don't really think we saved any money either, as WOW charges you a ton of money for each bag/carry on, and provides no food or beverages. Still, it wasn't the nightmarish apocalypse I was expecting. Maybe on the return flight I'll try to upgrade to a little more legroom.

The first thing that's fascinating to me is the concept of "duty free". Growing up and only flying to/from US airports, I thought duty free was just a way to buy bulk liquor and cigarettes. Turns out that international duty free is a magical shopping experience where you can buy just about anything. The Keflavik airport makes you walk through the duty free store after your passport is stamped, and we came really close to just buying a ton of candy. Salty licorice for days. We also found out that we're way too tired to figure out how much anything actually costs. I was pretty sure that ISK was way less than dollars, but then I went to an ATM to try to take out 100 of something, and it was like "this is 957,10 dollars, is that OK?". I'm fairly certain that it was, and it's some kind of weird decimal point/comma thing, but I wasn't about to risk it.

We rented a car from a local rental company, and they were waiting for us at arrivals, which was nice. I've never had anyone meet me at the airport, except when TripAdvisor flew me out for my interview 5 years ago. To Katie it's old hat, but it made me feel like a baller. We rented a Toyota Rav4, which apparently is a fulfillment of a childhood dream for Katie, since it's the largest car you could have in Bermuda, or something. I personally think it's a a CVT piece of crap, which somehow has less legroom than my 3 series. Isn't this supposed to be like a junior SUV? Why does anyone drive these? At least it's a 2016 I guess, and clean. We also rented a GPS, which loudly insists that you're speeding when the road signs blatantly show that you're not. Have to figure out how to turn that crap off. 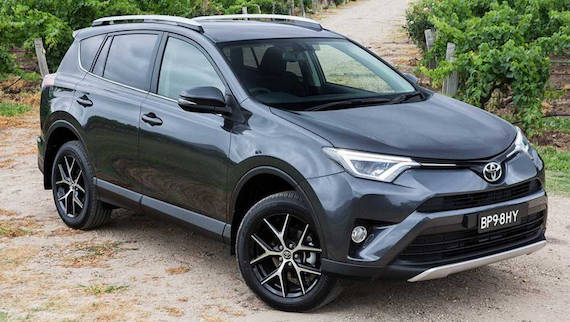 We drove the 40 minutes from the airport to the hotel, in gale force winds and blinding rain. The weather for our trip is supposed to be garbage, unfortunately. Doesn't look like northern lights for us. One of the front desk guys wasn't helpful either, and was like "oh you're driving north? Better check with us tomorrow before you go, it's supposed to be like a hurricane!". Thanks for scaring Katie, guy. I've already paid for two nights in a hotel up north, and this hotel is way more goddamn expensive. I learned to drive in New England in whiteout blizzards in a crappy 2WD minivan. As long as we're not dealing with that, I could give a crap about some rain and wind.

So now we sit here in the lounge, waiting for a room to be available. Katie is leaning on me, cursing red eye flights. I shelled out the... 6000 ISK? Maybe? The guy at the front desk said it's like $24, and it gets us a room at around 9 AM instead of 2 PM. I did it, because I think Katie might die if I don't. Hopefully after a nap and some food, we'll be ready to explore Reykjavik a bit, and then retire to our room so we can go on a glacier tour tomorrow. If gale force winds and rain end up killing that idea, well, we always have the booze we bought at the duty free shop. I don't know if I have a 5 day bender in me anymore, but Iceland might not be the worst place to find out.

Today We Went Inside A Glacier

Day 2 in Iceland, in many ways our first full day, started off with us getting lost in the…

Donuts Are The New Cupcakes

Remember a few years ago, when cupcake shops were the hot new thing on every street corner? I mean,…