Both literally and figuratively. If you don't know what a farm share is, it's a way of prepaying for a whole bunch of vegetables, and then you pick up a box every week of more or less random stuff. It's also called a CSA, which is short for Community Supported Agriculture, because the idea is that you're sourcing all of your food from a local farm. That's kind of nice, and the price point isn't so bad when you consider how expensive food is when you live in and around Boston. We picked one that was in the middle as far as price went, from a non-profit called The Food Project. They employ local teenagers on farms in the area that grow food for CSAs, farmer's markets, and donation to local food pantries. Pretty cool.

We pick up our share every week from some random porch in Union Square. On the porch are a bunch of boxes full of vegetables, and a binder full of paper. You check off next to your name, whether you've returned last week's box, and leave any comments for the farm. I'll admit, I thought it was weird as hell the first time I went. What was stopping me from just taking like all the boxes for myself, aside from it being sort of a shitty thing to do? Anyway I didn't steal all the vegetables from the porch, and I go back every Tuesday to get another box. Not that I'd need to steal all the boxes, because we have trouble eating a single box, because holy cow so many vegetables. Enjoy this stock photo of vegetables

Seriously. At the beginning of the Summer, the box was pretty light, and filled with a lot of bullshit vegetables. Oh, what's that you say, you love kale and kohlrabi? Like a shit ton of it? Guess what, YOU'RE LYING TO YOURSELF. No one can eat that much swiss chard. Nobody. But we tried, and were adventurous with the recipes. Katie and I eat a lot of vegetables, so we were pretty confident we could keep up. Sure, occasionally we'd have weeks when we composted a few things, but for the most part we did pretty OK. It wasn't until later that things started to get dicey.

Our box is now full of eggplants, and carrots, and beets, and tomatoes. Last week we had garlic, watermelon, spaghetti squash, a cantaloupe, and somehow still kale because that stuff is just a stupid cabbage weed. I spent 3 hours peeling and roasting zucchini, patty pan squash, carrots, beets, and peppers, as well as slicing up a cantaloupe and watermelon today. So much food. Enough to feed a family of 4. The good news is we always have a side dish for dinner. The bad news is that it's usually the same old thing because who the hell has time to figure out new exciting ways to cook squash? Unemployed people and boring people, that's who. I'd rather play video games. 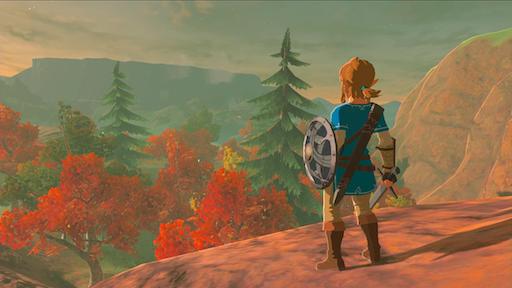 You should go buy the new Zelda game

I am pretty glad we got the share though. There's been a few vegetables I've never had before, like kohlrabi. I also found out today that the flesh of the watermelon we got is yellow! It's delicious and exciting. Since I'm away the last half of September, Katie is gonna have to figure out how to eat all of these vegetables on her own. Maybe she can freeze them. Or, she could use my exciting new vacuum sealer that I still haven't used to maybe preserve their shelf life a little bit longer. Thank goodness for Bootstrap Compost so we don't have to feel like complete failures when stuff goes bad before we use it.

I know that come October I'm not going to be doing a lot of cooking, either, because today I ordered All The Aftermarket Car Parts for my Focus, from Cobb Tuning, and my weekends are going to be full of fun activities like mounting my new intercooler, and installing my new exhaust. All the torques, all the horsepowers, all the hopefully-I-don't-fail-emissions testing. It cost me a bundle, but that's why I bought the Focus, and I figure having the parts in my basement will be pretty good motivation for actually doing the work. I want to get all the mods done before the snow, and then in the Spring put a big brake kit on it. Then, it'd be ready for me to take to the track, if I ever actually do that.

All of my new parts came 2 weeks early (thanks Cobb!), so I decided that this weekend I'd get…

Hell Yes I Did Those Brakes

After being delayed by having to replace all of the lug nuts, I started the job on Saturday morning.…