I'm continuing to make my way through the Make My Car A Race Car plan, and until today I had:

The next step was to install my cold air intake. Why a cold air intake? Well, because I can't really tune the thing with the stock intake, and that's the goal. This is the last real "performance" mod I have to do to the car, other than the tune itself. It'll also make it sound... better. Lots of whooshy turbo noises and things.

This mod doesn't move the intake, it just upgrades it a bit, adding a high flow filter and a 3" metal pipe for colder, higher volume airflow to the engine. I liked that the Cobb intake made use of the factory airbox, too, which was one less thing to have to deal with when installing the filter. The actual install was pretty straightforward, I didn't even have the raise the car! I just removed the upper cowl, disassembled the old intake tubing, fit together the silicone and piping until everything was tight, then bolted it to the engine and tightened all the worm gears. 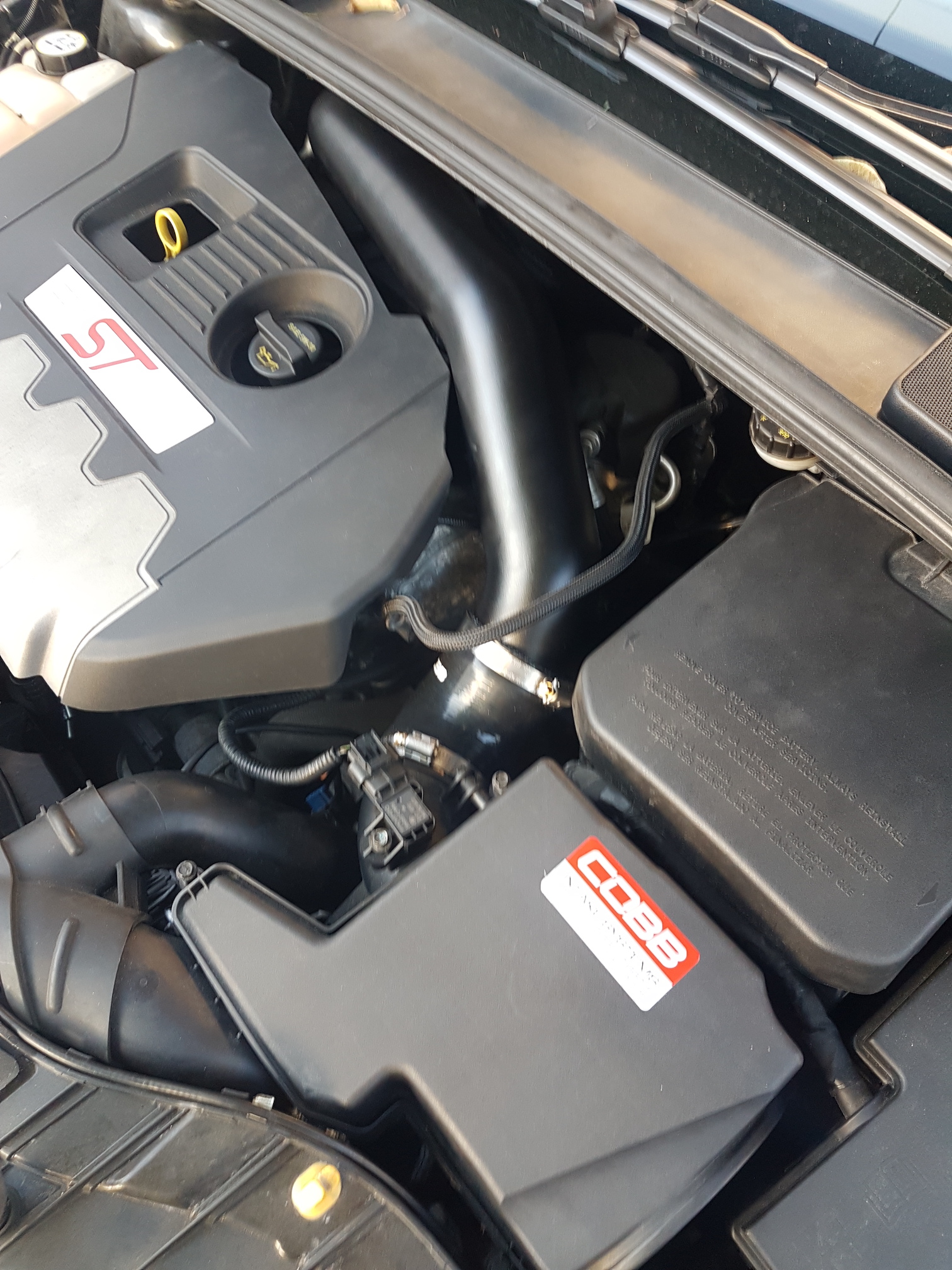 The only hiccups involved reaching the pipe segment behind the turbo with my big arms and hands, but that went OK, though I dropped the socket wrench a few times. The other involved the fuel line being super close to the pipe, which is just a thing, I guess. To prevent them from rubbing, I rotated the line a bit and secured it with a zip tie. I'm afraid to move the intake piping itself (though I think it's at it's best fitment anyway), because the hole on the engine that it's bolted to is a bit stripped, and I don't want to have to tap new threads. It all seems fine now, I have like a 1/4" of clearance, which should be more than enough. I might change the zip tie location though, I'm worried it's going to, uh, melt, since it's touching a metal pipe in the engine bay. 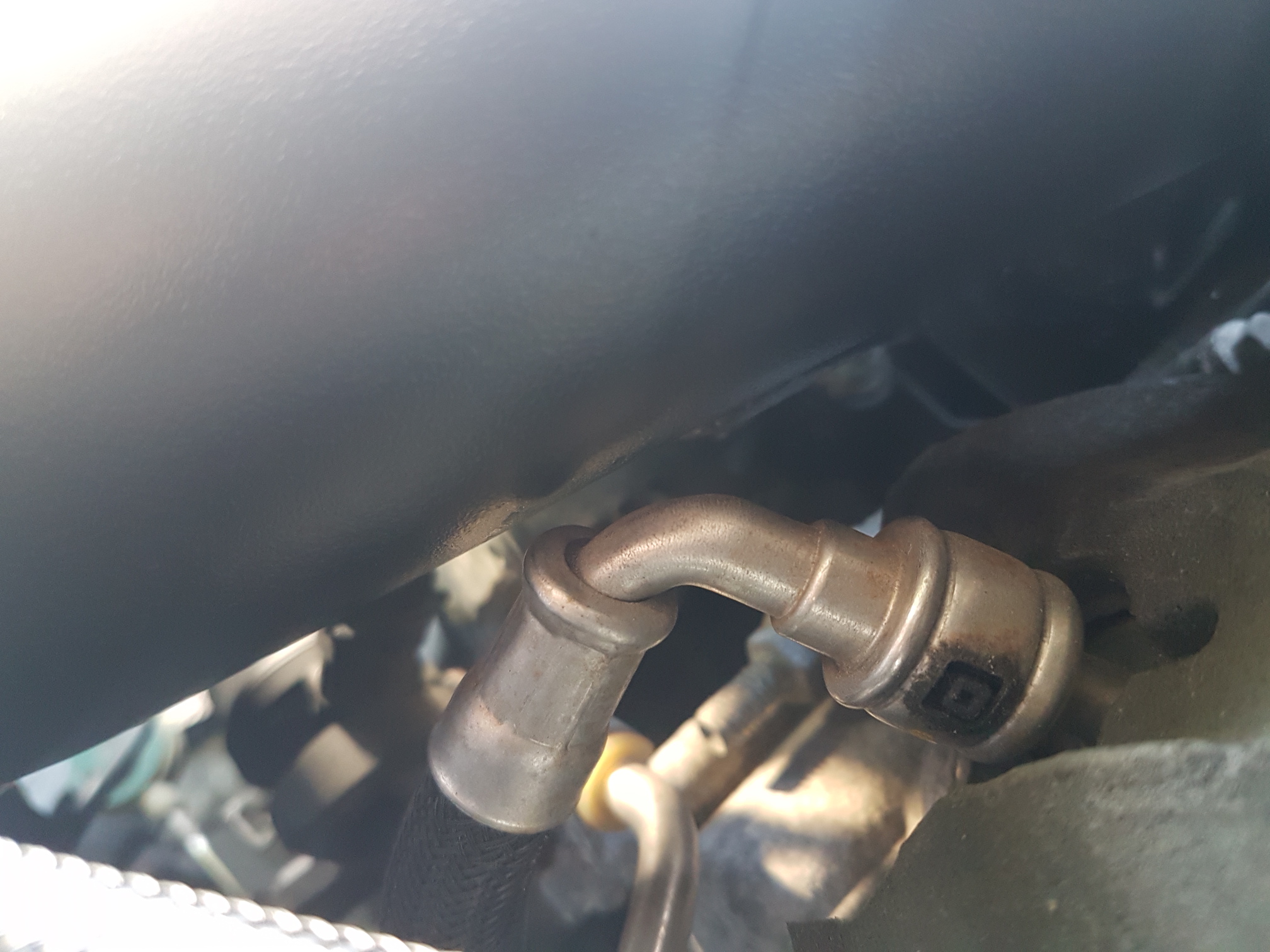 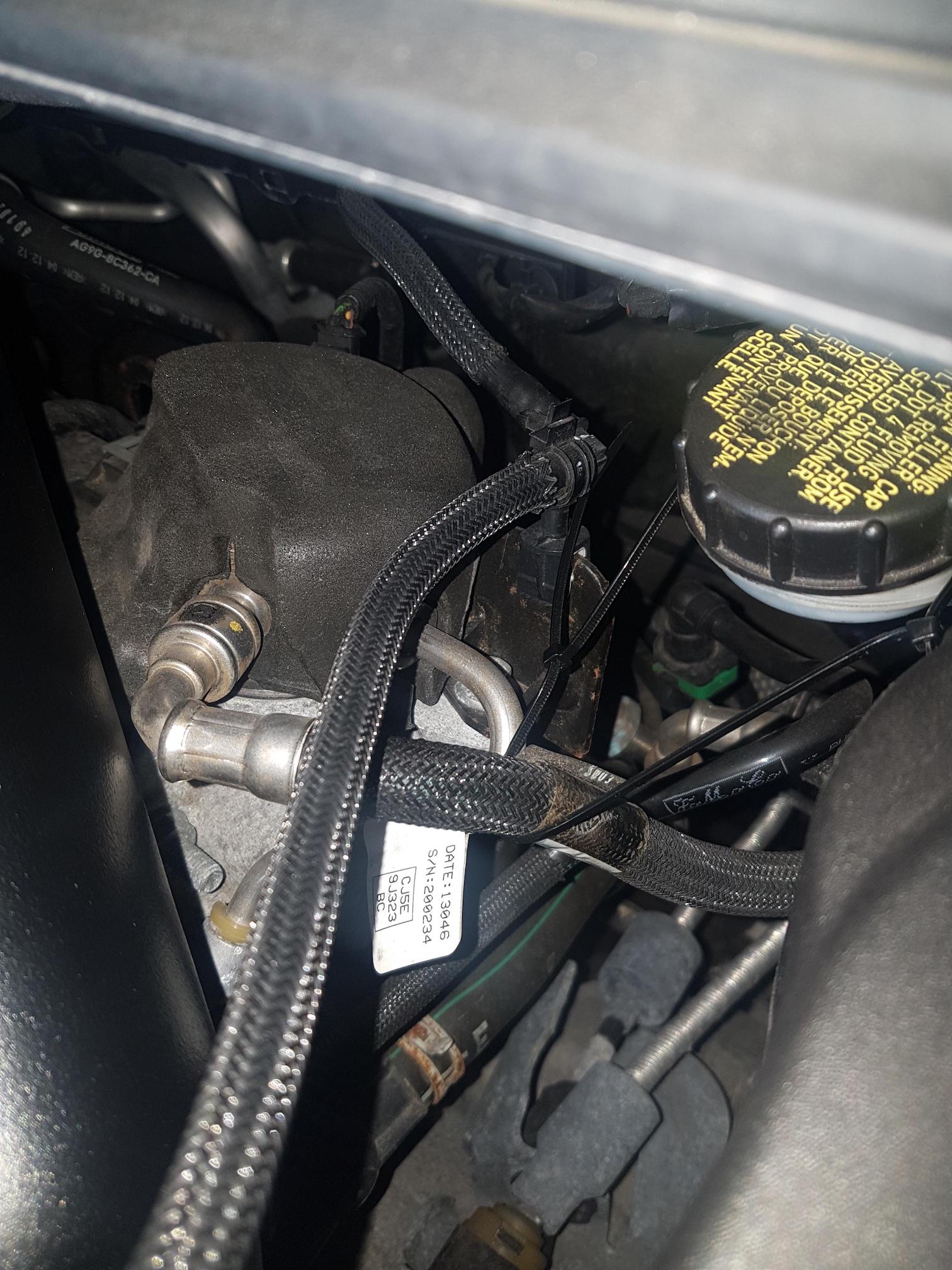 While I had the intake apart, I also took the opportunity to delete the factory symposer. What's a symposer? Well, on a lot of modern cars, particularly with smaller engines, the cabins are so well insulated that you can't really hear the motor. For some people, this is great! It's usually not great for people who buy performance cars and want to hear all the things. BMW (and others) have solved this problem by playing simulated noise through the speakers. The stereo speakers. This was met with derision by many, and Ford took a different tack. There's a valve that, under high throttle, opens to pipe noise from the intake to the cabin. It's kind of cool, though I've never been a huge fan of it, to be honest. I'd read that adding the intake and exhaust, plus the symposer, made the cabin really loud when you were driving the car hard. Well, if I can hear engine/turbo/exhaust noises, I don't need the piped in stuff, so I ordered a little plate that screws in where the symposer goes to block off the port. The cool thing is that it also let me remove a lot of excess tubing, cleaning up the engine bay a bit.

Today, after I got home, I re-torqued down the motor mount (nothing had loosened, which was nice), in preparation for our drive to Connecticut. I was going to mount the traction bar I got, but the bolts that hold the control arms (that it bolts to) are a little rusty, and I think I'm going to order new bolts instead of attempting the use the old ones. They're supposed to be pricey, but I'd rather that than have them snap off. One thing that sorta sucks is I don't think the aluminum skid plate I bought is going to fit. The hot charge pipe from the intercooler drops like another 1.5" out of the engine bay, and I just don't think the cover is going to clear that pipe without rubbing. I need a special tool to mount the connectors anyway, so I guess I'll probably just try when I get it. On Saturday, I plan on doing the exhaust, and then attempting the tune. Pretty excited this is all finally coming together, and that I haven't broken the car yet!

It's Dark Out Early Now And It Sucks

It always surprises me how short the days get each year after Daylight Savings Time ends, despite having lived…

Prague, Our Last City In Europe

I began my day in Prague with, I’ll admit, some trepidation. This was the first place I’d…