It's been 4 days since I picked up, if not bought, my Ford Focus GT, and it's been an eventful 4 days if nothing else. The first day was just a series of terrifying and jerky starts and stops as I attempted to navigate my way around the area without a) killing anyone and b) pissing anyone off. I succeeded at the former, flipped off a couple people while failing at the latter, but overall I was just a big ball of stress. I was filled with a lot of doubt. Was this the right choice? Am I a super pathetic person who can't master moving 4 levers at different speeds? How much money is it going to cost when I trash this transmission after accidentally forcing a shift on the highway? Every weird sound, every weird smell, all of the normal stuff that happens when you drive in the city immediately became a harbinger of doom.

Day 2 wasn't much better, to be honest. I drove out to Shrewsbury to my brother's lacrosse game, which seemed like a good idea, but once again super terrifying. I stalled getting out of my driveway twice, and a whole bunch more times on the way out, since there was a ton of construction and stop and go traffic. I made it out there OK, went to the game, then drove John and Luke to dinner (at Ted's Montana Grill, which was actually pretty good). I stalled a whole bunch of times doing that, while also being super paranoid about not ever backing up, since I kept screwing that up even worse than before. The one thing that was better was my highway driving, where I started to get better at knowing when to shift, how much throttle I needed on the downshifts, etc.

Day 3, more of the same, except this time I had Katie in the car, who was terrified, since I was both bad at driving and she has to look forward to me teaching her what's what in a couple weeks. She hates driving in an automatic, so I can't wait to introduce her to the 3 other things that she's now going to have to worry about while driving. Still, she's supportive at least, which is nice, since I have a tendency to just swear at every single other thing on the road when I'm stressed or in a bad mood. We went on a nice walk in the Middlesex Fells, and saw about 10 million dogs. I did manage to park in a Dunkin' Donuts, and then back out of the spot, without stalling, which was a first, so some progress I guess? 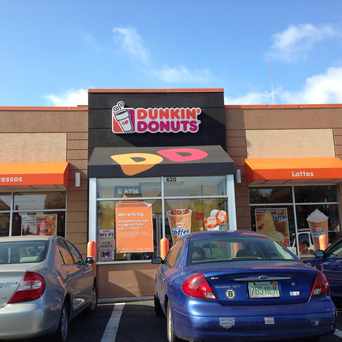 Now the site of a great victory

So when today, day 4, rolled around, I was determined to actually figure some of this crap out. I drove to a parking lot near the Hood plant on 99, and then proceeded, for close to 90 minutes, to do nothing except start from a stop, and go in reverse. This was probably hilarious to watch, but to me it was an exercise in "dammit Chris, don't let off the gas. DON'T LET OFF THE GAS" about 400 times. I'd successfully start off without stalling, bucking, or spinning the tires like 3 or 4 times in a row, and be like "psh, I got this", then immediately spasmodically fail. But I did get better! By the end of the 90 minutes, I was feeling pretty good about my ability to do both, which are honestly the only things that are actually hard in this car. I still need to work on my shift timing, both up and down, but the car doesn't stall when you go into 3rd too quickly, it's just mad at you.

Feeling emboldened, I ventured over to Charlestown, where I proceeded to go on the steepest hills I could find, and try to start from a standstill without rolling, stalling, or spinning my wheels. There's a thing you can do where you set the parking brake, and then let it out once the clutch starts to grab, but I don't like it. Doesn't feel natural to me. So instead it was a fun game of "give it gas but not too much gas" and also "let the clutch out faster but not too much faster" and also "don't roll into the car behind you that is really pissed that you're doing this on this car-width street". I'm glad to say, though, that this posed very little issue. Probably because I'm actually semi-competent at getting into first gear on level ground, I didn't stall the car once, and only had a small amount of wheelspin a couple times. If I can get the stupid winter tires off the car this week, hopefully that'll be less of an issue all around.

Decidedly more cool that what I'm doing, but essentially the same thing

I felt confident enough to both get gas and get a car wash. I accomplished both without managing to hit anything or stall the car. I think the biggest thing for me that's improved my driving is that I stopped being afraid of manipulating the clutch. I know, mechanically, how the transmission works, but there's something in my head that is like "if you don't let off the clutch extremely quickly as soon as it starts to grab, your engine/transmission/car will explode". Intellectually, I knew this was patently false, but still a problem for me mentally. The second biggest thing, which contributed to my issues with the first, was not consistently supplying gas as I let the clutch out. I'd rev the engine, and then start to let the clutch out, then let my foot off the throttle slightly when it started to grab instead of pushing more. I forced myself to do it in one smooth motion (apply gas while simultaneously letting the clutch out), and now my car is happy. I could stand to push the gas even harder than I do, since sometimes the engine starts to choke as I'm starting out, but that's pretty rare now, so hopefully after a couple more days it'll go away. My improvements also extended to reverse, since I can now backup at will, which is great because I backup into pretty much all parking spots.

I ended up driving Katie to meet a friend in Harvard, and we took a little bit of a detour so I could show off my 4 day old driving skills. Apparently today was less terrifying, so that's a start. We didn't stall, didn't buck, everything just sort of worked. Mystic Valley Parkway is a fun little stretch of road to drive on, and for the first time in 4 days I finally felt like I was actually just having fun. Not scared, just enjoying driving again. Any concerns I had about ditching my old car are gone, this is way more fun to drive, and I understand why people like driving stick. Who knows? Maybe I'll feel confident enough in a couple days to put it in "Sport" mode? With these winter tires on, I'm not sure I'll be able to tell the difference, but it could be fun. If there's one thing I could change, it would be a bigger gas tank. I know I'm getting horrible fuel economy because I don't know what I'm doing, but it's like a 15 gallon tank, and I've put almost a whole tank in it already...

We're fine. We're all fine here, now, thank you. How are you?

Man, it's been two months since I last wrote something here. Two months! But hey, I'm here now, with…

So last week, I ended up buying a car. This is what I used to drive: I love you,…