So last week, I ended up buying a car. This is what I used to drive: 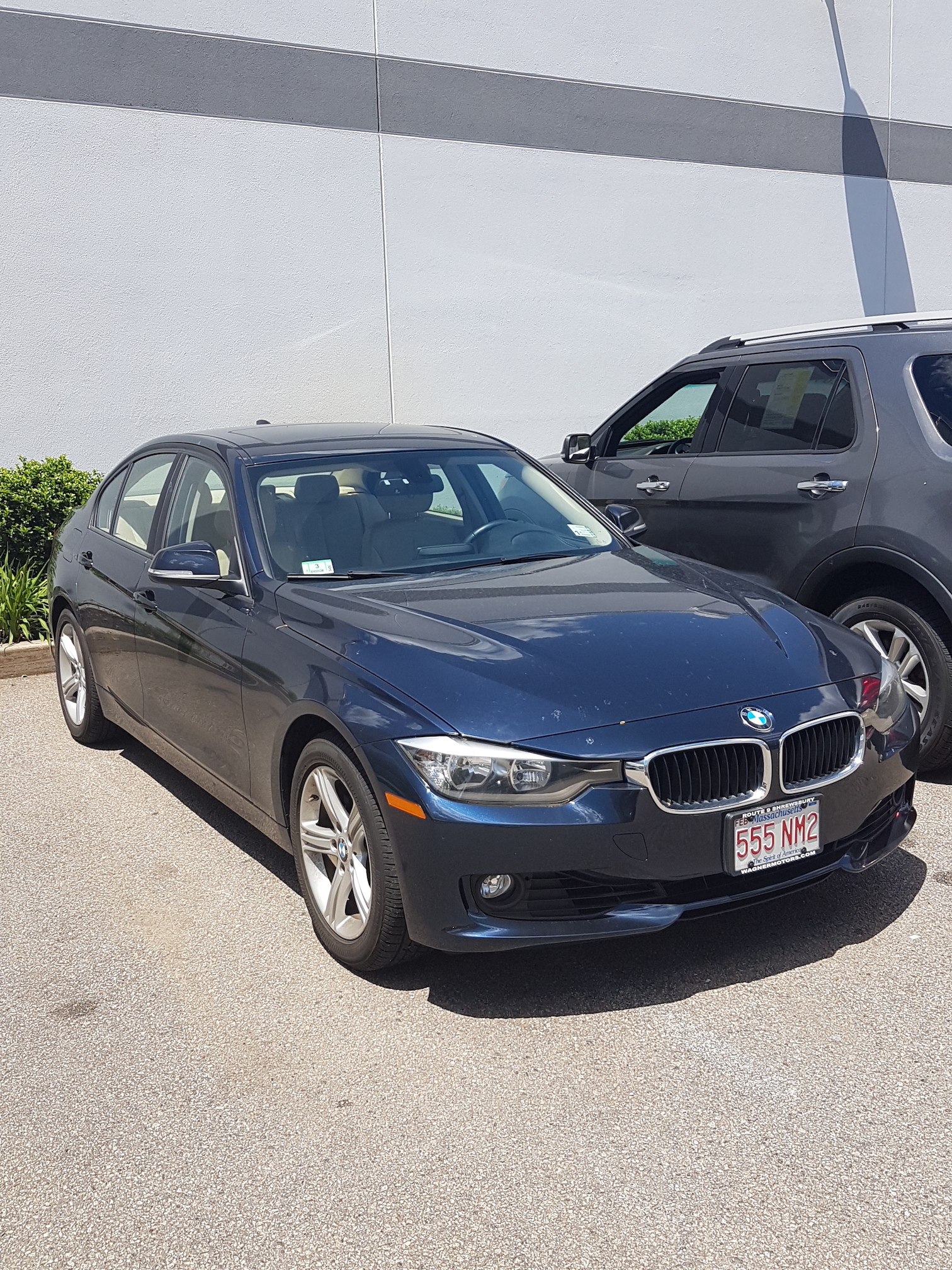 It's a great car, easily the most comfortable and performant car I've ever owned. So why buy a different car? Do I have two cars now? The answer is no, I traded this car for this: Yes! Specifically, a 2013 Ford Focus ST. I've been meaning to get a car for a while, specifically a car with a manual transmission, not an automatic. I figured if I was into cars, I should probably at least become competent on a manual, both because they're supposed to be "fun" and it's a useful skill. There are a lot of manual cars/trucks out there, and I didn't want to be limited to driving an automatic in case of emergency, etc. I also really love driving, and if there's a way to make driving more fun, then I'm all for it.

So why this car? Well, it's definitely less luxurious and performant than my old car, but in a lot of ways it's fairly similar. It's a turbocharged 2.0 liter I4, it has 4 doors, it's a decent color, and it's sporty. It won't match the top speed of my old BMW, but the 0-60 time is only like 1 second slower, with a lot of low end torque. The handling is also really good. The combination of the previous two means that it feels really fun, and that's important to me. It's also cheaper than a lot of cars in its class that have similar performance profiles. So it felt like a good fit from a lot of angles. The last thing that made me buy it, instead of the Jeep I'd been planning on buying, was the fact that I'll need to commute to Needham starting at the end of June. If I was going to commit to that, I wanted something a little bit more comfortable.

I ended up buying the car at Herb Chambers Ford of Braintree, right down 93. If there's one thing I'm going to take away from this experience, it's that I'm never living or working anywhere that requires me to commute, or regularly drive on, Interstate 93. It is a garbage road full of garbage people. When I went down last Thursday to look at/test drive/buy the car, I went after work, and it took me almost 2 hours to go 10 miles. Screw that. The test drive was only the 2nd time I'd ever driven a manual, and I think I stalled about 20 times, usually when I was in traffic and freaking out. I managed to get back to the dealer without killing the car or anyone in it, I liked the price and the drive, and we negotiated the trade. Went pretty smoothly, though I got them to fix a bunch of paint damage, and redo the wheels, before I'd agree to sign anything. That worked out pretty well, the damaged areas look pretty good now.

I decided that I'd pick up the car today at noon, in the hopes of avoiding either of the rush hour traffic cycles. Of course, this worked out horribly. I had to wait like an hour for them to change the plates/get it inspected, then it turned out the "key guy" wouldn't be back until 2, so I didn't get my spare key. I said I'd come back sometime next week to get it. I drove the car out of the dealership, stalling once, and then decided to tool around the area to get my bearings. That went well, after going in a bunch of local traffic, doing a bunch of starts, etc, so I got on 93 northbound in Canton.

Should have taken backroads

I've been told, by many people, that stop and go traffic is the worst thing about driving a manual. If anything, I got a really great trial-by-fire on my drive home. The normally 22 minute drive took over an hour, with about 30 minutes of stop and go traffic. 93 isn't exactly a flat road either, so I had plenty of opportunity to start/stop on hills. I actually think I did pretty well, considering I have about 2 hours of driving experience total under my belt. Only one guy beeped at me (at low speed), and it turned out he just wanted to ask me about the ST since it's a car he wanted, and he thought mine looked good. Thanks, guy. I got better and better at starting, and knowing when I needed to downshift, but it was still absolutely terrifying, since I'm not able to do anything without thinking about it yet. The most harrowing experience was when a bus rear-ended some lady in a giant Suburban like 5 cars in front of me, and I was forced to attempt a start, on a hill, pulling out into highway-speed traffic, on a curve, on I-93. I really hope I don't have to do anything like that again for a couple months.

So I guess we'll have to wait and see whether this was a good choice or not! I do enjoy the car when I'm not under a significant amount of stress, and it got easier as time went on. I'm trying really hard not to get into bad habits, like riding the clutch, and knowing when to downshift. One thing that I still need to work on is making sure I give enough gas when starting out, since for some reason my brain does not want me to be pushing hard on the gas when I let the clutch back out, and this makes for some jerky, sputtery starts. Worst comes to worst, though, I destroy this car/transmission, and go back to an automatic, so it's not a huge deal. I'm pretty excited to figure this out more over the next few weeks, exciting to have a new project.

It's been 4 days since I picked up, if not bought, my Ford Focus GT, and it's been an…

I Went For A Run Today

I'm now on day 3 of my month of not working, and I've started to make progress towards the…