Katie and I drove back to Reykjavik today, about a 9 hour trip. Normally it'd take about 5 hours, but once again we started the day with rain, snow, and sleet. This was a bit depressing, because despite how beautiful everything has been, we were hoping to see Iceland with some color! Nevertheless, we set out on the long drive with the intention of seeing some fun tourist sites, because even though the weather was bad, it wasn't the death ice hurricane of Friday. Unfortunately, our course took us the opposite route out of Siglufjörður, which was a shame, since I was hoping to see the gorgeous cliffs that I white knuckled along on the way there. After accidentally paying for our stay twice (the hotel manager ran out after us to refund my money), we started the long drive back.

The drive was way, way easier. A relatively new tunnel links Siglufjörður with the neighboring town, Ólafsfjörður, which is technically part of the same municipality. It was a cool tunnel, two sections totalling 11 km blasted directly through the mountain! We saw the old road that climbed along the cliff face, now unmaintained, and shuddered to think about driving on it. It's pretty clear why this area used to be inaccessible during the winter, until these tunnels were made. The only other route is over the top of a giant, snow covered mountain. A recurring theme Katie noticed is that Icelanders make a point of showing how crappy their infrastructure used to be as tourist attractions. "This rickety bridge was built in 1903 and was in use until last year, when we decided to repave the main road instead" is typical of many roadside information signs. This Tunnel Is Cool

We made our way to the second largest city in Iceland, Akureyri, where we stopped for gas and grabbed a coffee. We went to a hilarious cafe, the Kaffi Kú, which is a coffee shop built on top of an active cow shed containing like 300 cows. It smelled, well, like a cow shed, but we sipped pretty good coffee and hung out with a bunch of cows. There was a pretty sweet robot milking machine we spent a lot of time watching. Afterwards, we set out on the long drive to Reykjavik. It was something like 367 kilometers, and we didn't know what type of weather to expect 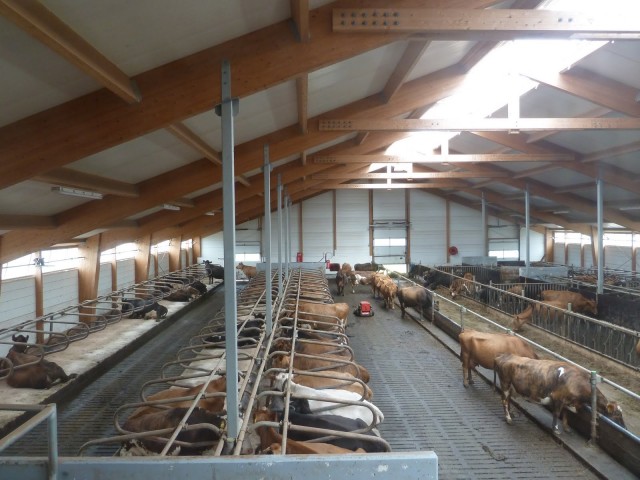 About halfway there, we encountered the same high plateau where we almost spun out a couple of days before, and all of a sudden the weather cleared for the first time during our stay. IT WAS AMAZING. As beautiful as everything we'd seen was, it paled in comparison to what we were seeing now. As Katie and I drove through the plains, she briefly took over the camera while I was driving, and took some awesome pictures on my camera (which unfortunately came out overexposed, but I'll try and fix them in Lightroom later). As we continued on, we stopped at waterfalls, giant volcano craters, made friends with some horses, visited an old thatched roofed church, and saw a hilarious giant rock. We also took the long way along the fjord near Reykjavik, instead of utilizing the tunnel. Totally 100% worth it, it was beautiful, and we saw some amazing things and took some unforgettable pictures.

We arrived at our hotel, the Icelandair Reykjavik Marina, which is super hip and in a great area, right on the water. We grabbed dinner in a nearby restaurant, some delicious fish, Katie got Fish and Chips with a delicious curry tartar sauce, and I got "Fish in a pan", which was some kind of seared whitefish in a pan with a bunch of vegetables. We also got "Gratinated Cheese", which was just melted baked cheese with fruit and pine nuts on top with crostini. It was excellent, and it was still light out when we were done at 10:30! We hadn't realized it, since the weather was garbage, but it's that time of year when it starts to get dark super, super late. We headed back upstairs, and started planning our trip home the next day.

BUT THEN WE DECIDED THAT WAS LAME. I checked the WOW air site, and we could change our flights for significantly less than the cost of booking a new trip. After checking with the front desk to see if we could stay a couple extra days, we modified our itinerary, and now we're flying home Wednesday night instead of tomorrow night! The weather is supposed to be partly cloudy, and not rainy, so we should be able to explore Southern Iceland and Reykjavik without freezing and being wet. This is the second time I've done this, after extending a Florida trip a couple years ago, and I don't think I'll come to regret it. Sure, it means we only have one day at home, and at work, before flying to New Orleans for 4 days, but whatever. We can sleep when we're dead.

All Good Trips Must End

After our two bonus days in Iceland, we departed Keflavik around 3:30 PM GMT for Boston, and got…

After arriving in Siglufjörður last night around 9:30, eating dinner, and going to bed, we were looking forward…