On the 5th day of Europe Trip 2017™, I find myself in Köln, in an Airbnb. Everyone else is out drinking and/or eating... somewhere, but after 5 days of being around other people, I needed a little bit of downtime. Perfect opportunity to write about the past couple of days! So that's what I'm doing, while drinking seltzer, and sitting next to a fan. After spending the day in Amsterdam with Kit, we made our way to Bruges on the train. Technically two trains, since we stopped and changed in Antwerp. 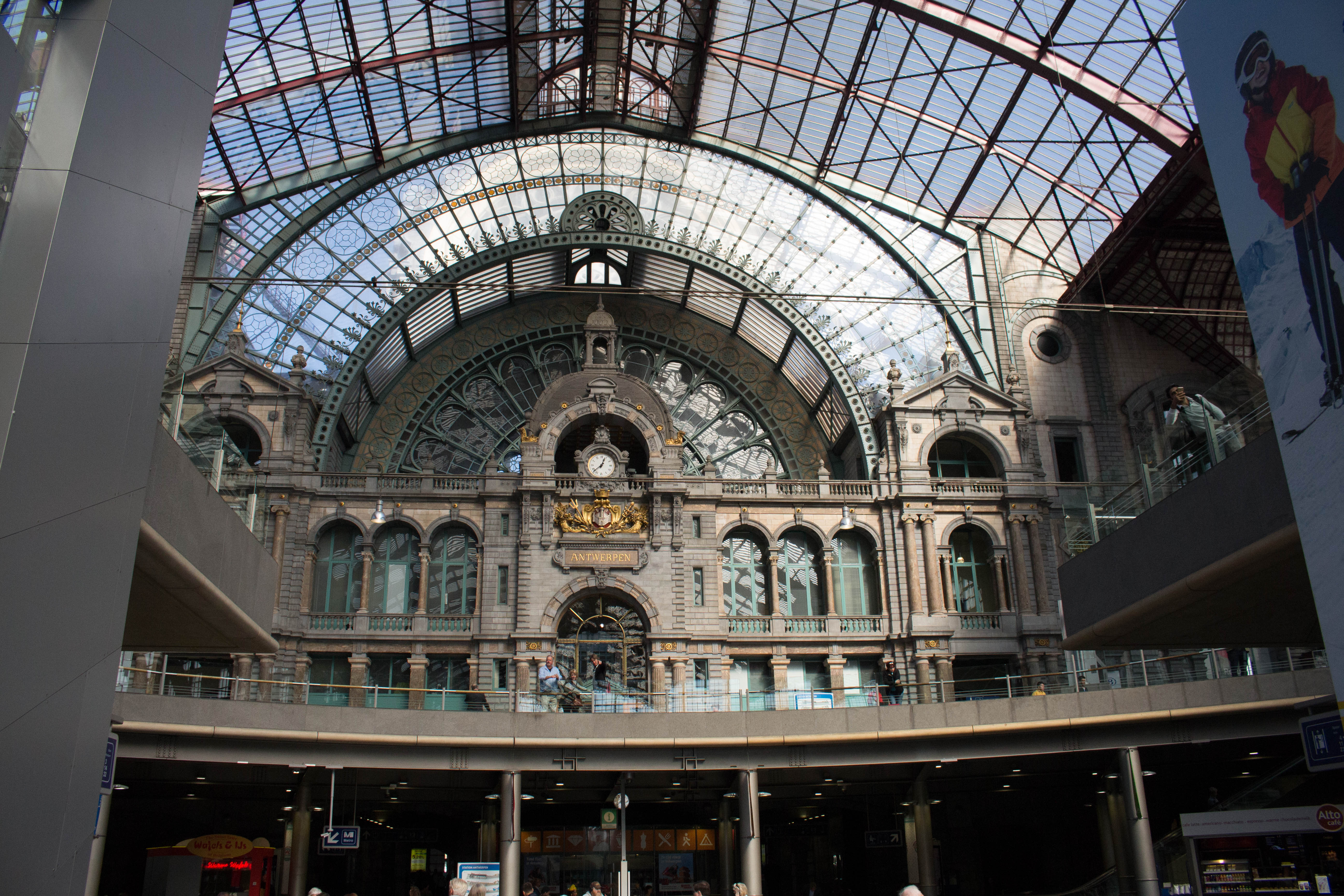 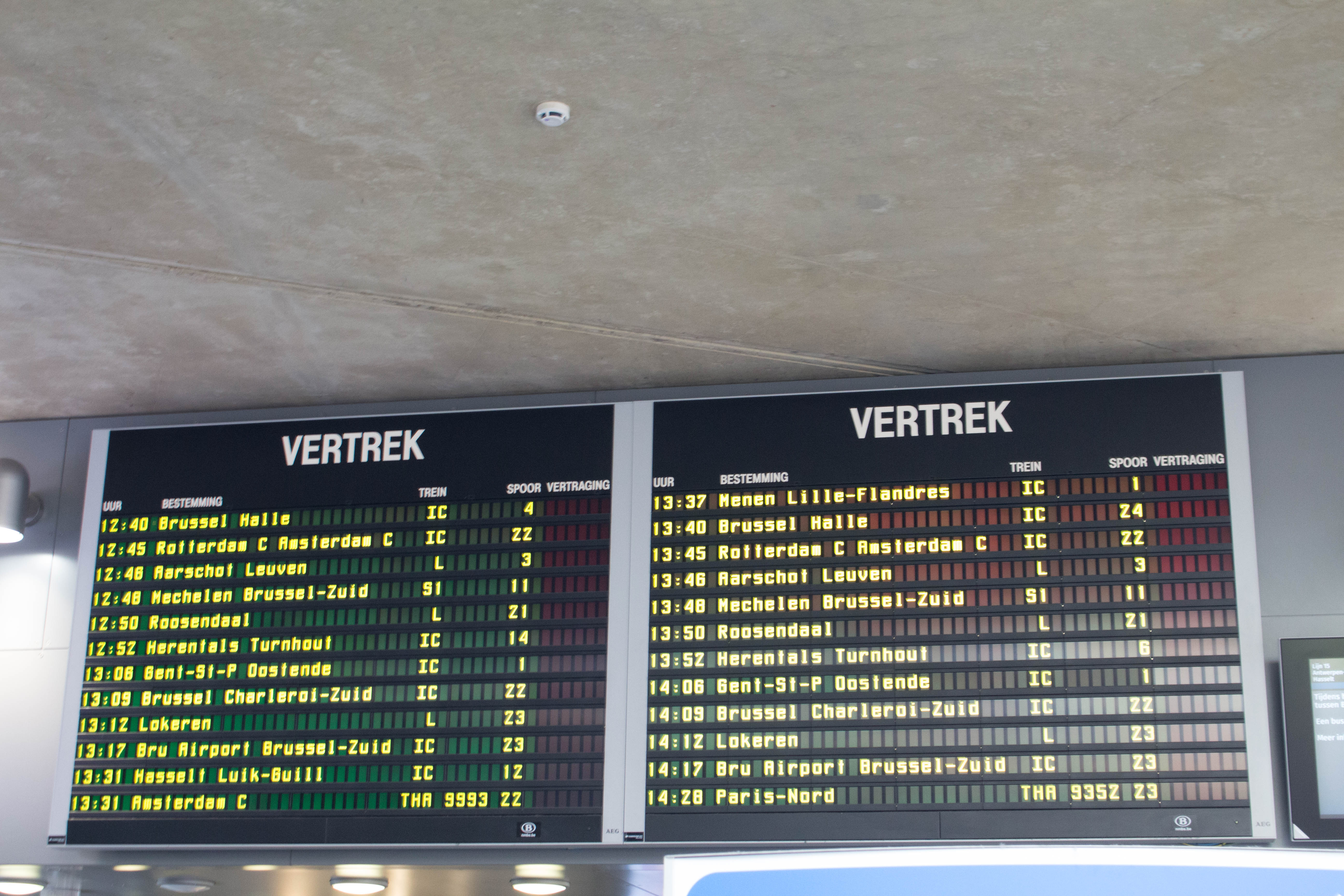 The plan was to arrive in Bruges, walk around a whole bunch, then take a train Brussels. But, when we arrived, there was a plot twist! Turns our Jason and the other people arriving in Brussels on Friday decided to drive to Bruges and meet us. They were already there, drinking at some brewery, when we arrived. We met them, got the car keys, lugged the bags to the car, and then set off to a bar called... Monks? I think? The bar was a normal bar, with the exception of having many, many beers that are both rare and expensive in the US. I got a bottle of Westvleteren 12, a rare Belgian Quad, and it was pretty good. You can't really get it outside of Belgium, so it's kind of cool to get it, and I liked it despite being pretty meh on Belgian beers in general. I bought 3 bottles to bring home. Bruges was really pretty, and old world, and I took a whole bunch of pictures.

We left Bruges in the evening, and set off for Brussels, via the van. Let's talk about the van. I was secretly hoping for, like, a Mercedes Sprinter van. NOPE. Instead we have a... Peugeot. What a piece of crap van this is. It has nine seats, and there are nine of us, and it's a bench seat in the front, and yeah. Luckily, I'm one of two people who can reliably drive stick in the van, so I'm planning on sticking in the front, either driving or passenger side. There were only 8 people here (Brendan hadn't arrived yet), so the ride to Brussels was more or less comfortable. Jason drove, and everyone in the back fell asleep, while I did my best to keep Jason awake so we didn't drift into an embankment and end the trip. I couldn't drive, since I hadn't been added to the rental agreement yet.

We more or less immediately went to bed in Brussels, since it was so late. Well, I did. Some people went to get a quick dinner first. Others decided to stay out until... 4 in the morning? I dunno. I'm not really at the stage of my life where I'm interested in partying hard and staying out every night (I mean, right now I'm the only one not out drinking). I think I've got a couple nights in the bank, probably in Munich, but other than that I'm just doing my best to stay chill and keep sane. After not-very-much sleep, I got up the next day and went for a quick Sunday run while the city was still asleep. Brussels is really pretty and cool. I got a liege waffle for breakfast, frites and curry ketchup for lunch, and meatballs and fries with gravy for dinner, all excellent. I wish I'd had more time to explore the area around the EU headquarters and parliament, guess that'll have to wait until next time.

The next stop after Bruges was Aachen, a city in Germany that was home to Charlemagne, and now has a pretty awesome cathedral that houses his tomb. It also has a university, and is a spa, being home to a whole bunch of hot springs. We bypassed the hot springs and the university, and headed straight for the cathedral and tomb. Kit was kind enough to inform me how to say please and thank you in German, before we arrived, so I got to butcher that to every nice person who I talked to or bought something from. We joked that we were going to meet Charlemagne's ghost, since, you know, it would be kind of awesome to meet Charlemagne's ghost. Also cool if it murdered some of the people on the trip to make room in the van, but we can't have everything I guess. The cathedral was beautiful, and afterwards we got lunch at a German restaurant. I got something called Himmel und Äähd, which turned out to be blood sausage, potatoes, and some kind of apple thing that was link the inside of an apple pie. Aachen was awesome.

After our delicious lunch, we set out for Köln, another German city, which was our destination for the night. I knew the autobahn was a thing, but I didn't realize that we were going to be taking it until we were on it, and I noticed the dynamic speed limit signs weren't showing anything. Never have I been more upset that I was in a shitty rental car. I mean, I'm not going to go ridiculously fast on a public road anyway, at least without lessons, but I'd love to be in my car, or one of the many BMWs I saw driving around. OH WELL. Jason got the van up to, like, 130km/hr, which is 80 mph. Big goddamn whoop. There's enough traffic on the road it's not like you can go much faster anyway. A sweet Shelby Mustang sure was trying though, as was someone else driving a Focus ST! You do you, Focus ST, though you should probably weave less in heavy traffic. 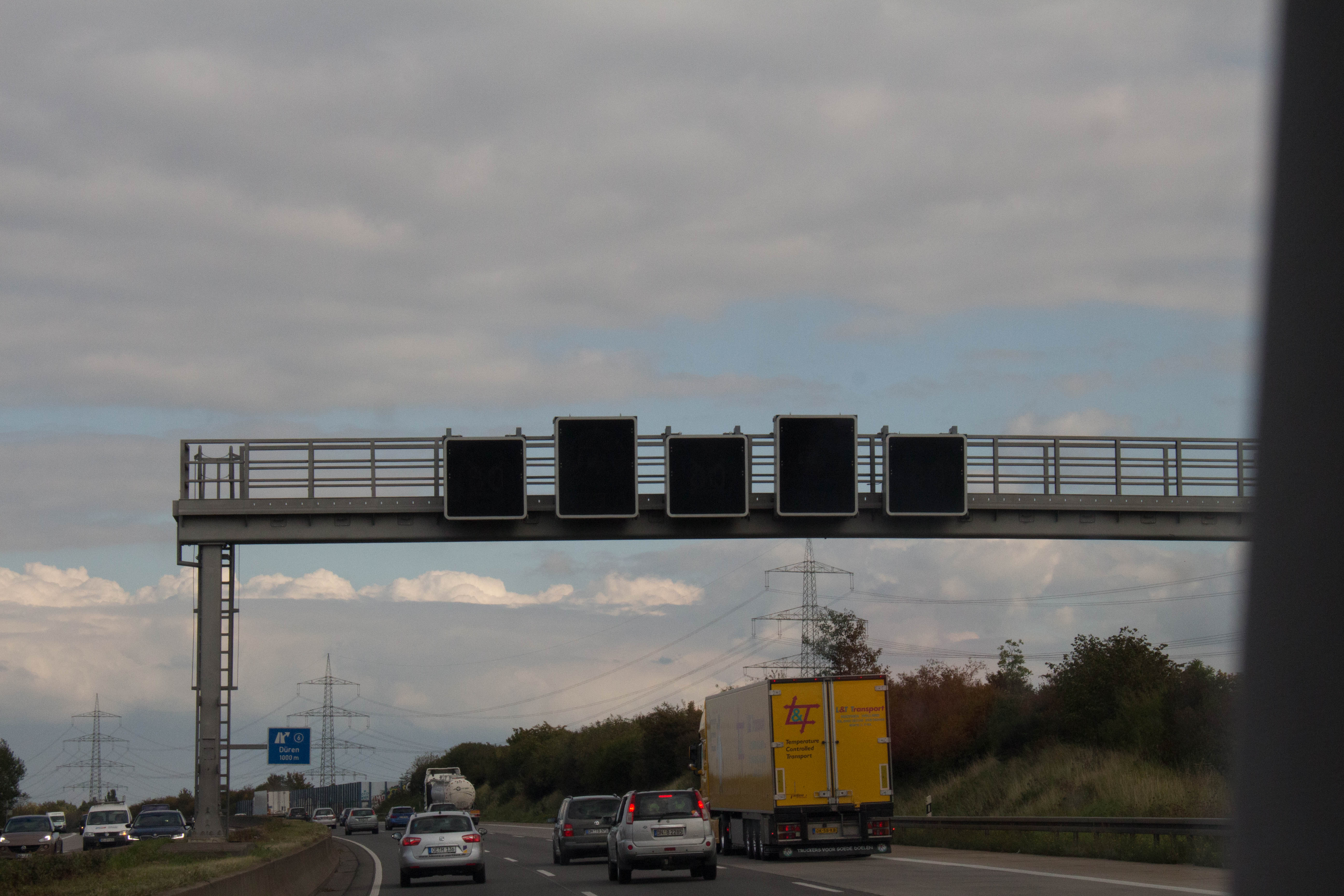 We arrived in Köln (Cologne), around 4:30, and headed for the Airbnb. After dropping our stuff, and paying off one of my friends to switch beds, we unpacked a bit, I started a load of laundry, and then we headed out to see another cathedral. Köln is an interesting city, due to it's status as one of the most bombed cities in WWII, it's got an interesting mix of old, rebuilt, and new buildings. The cathedral we headed to, Kölner Dom (Cologone Cathedral), is a gothic church and one of the most famous landmarks in Germany, dating to the 1200's. It's an incredible piece of architecture and history, and I was really glad to get to see it. We took a lot of pictures of the interior and exterior, but the observation deck was closed so we couldn't get an aerial view, perhaps tomorrow. I still totally suck at taking pictures in anything less than ideal light, but I managed to get some good ones.

After the cathedral, I headed back to the Airbnb, so I could go on a run, but then on the way back I realized I was too tired to run, so I just walked around a bit and took in the city. I grabbed some shwarma from a take out place, as well as an "exotic" flavor Fanta, and headed back home to eat. I might go out, now that I've finished up writing, who knows. I'm spending a few more days in Germany, and I've still got a full spare camera battery. Hopefully I'll live to document the rest.

I got up early during our last day in Köln, so I could go for a run. With all…

Made It To Amsterdam

So, I've finally made it to another (mainland) continent. Flying out Wednesday night at 10 pm, I arrived first…